The Eagles Have Landed in Montgomery

An eagle was spotted in a tree between Kid Connection and Orchard Hill Elementary in mid-January. Word traveled quickly through the school, and the students in teacher Lindsay Fox’s first grade class exited the building without their coats to get a brief, first-hand look at the large raptor with a white head and tail.

The class happened to be in a non-fiction unit, so Ms. Fox used the opportunity to encourage the students to do research on eagles. They wrote about and drew pictures of the eagles in science journals.

“Bald eagle fledglings are brown, but when they grow up, they have white heads,” said Talya Kulletira in a class interview with two reporters from The Montgomery News.

“I think it was migrating for the winter and got tired and rested in the tree,” opined first grader George Sands.

Christian Hristov said, “I think he was in Montgomery because he was flying to his nest and saw some good prey to eat.”

According to biologist Larissa Smith of the Conserve Wildlife Foundation of New Jersey, there are two reasons why eagles are present now in Montgomery.

“There are nesting eagle pairs, but also wintering eagles,” she said. “So, it’s not uncommon this time of year to have more eagle sightings.

"Eagles from more northern states come down to New Jersey for the winter months to feed," Smith said. "Often the waterways up north are frozen and there’s a better chance of finding unfrozen water areas down here.

“As the eagle populations are increasing all over the east coast,” she said, “it only makes sense that the number of wintering eagles is also increasing.”

Smith is a co-author of the annual report on bald eagles in New Jersey, the most recent of which was released in January. It shows that in 2018 New Jersey had 185 active bald eagle nests, up from 153 the year before, representing the largest single-year increase since annual monitoring began in 1982.

American bald eagle adult sitting on a rock in Rocky Hill, by the Millstone River Bridge on Route 518. Photo by Barbara A. Preston

The number of active nests has doubled since 2011 and tripled since 2007, as shown in the accompanying chart.

Today, there are 15 nests in the central New Jersey counties of Somerset, Mercer, and Hunterdon, according to the new report. The nearest active nest is near Princeton’s Lake Carnegie. Other nearby nests are in Manville and at Duke Farms in Hillsborough.

Dale Johnson of Bridgepoint Run Farm saw a single adult eagle in a tree on his farm at Bridgepoint Road in mid-January. He watched it until it flew north “toward Matthews Farm,” he said.

Susan Moran of Hollow Road reports she stopped her car near the intersection of Hollow Road and Route 518 when she spotted an adult eagle roosting at the top of a utility pole.

“It was my first ever sighting of a bald eagle,” Moran told The News. “I actually backed up my vehicle to be sure I was seeing what I was seeing! I snapped some pictures, then sat there for a few minutes just watching. I was in awe of the eagle. So majestic!”

The eagles are very large. They can have wing spans of up to 8 feet, and weigh as much as 14 pounds, with the females about two pounds larger than the males.

Adult males and females both have white heads and tail feathers once they reach sexual maturity at four years of age.

According to the Audubon Society, their diet is mostly fish, which is why they nest near rivers and lakes. They also eat mammals, especially rabbits.

Occasionally, they are scavengers and will eat roadkill, or steal the prey of smaller hawks and birds. Only rarely have they been known to go after very small dogs or cats.

When seen in Griggstown Village in December, a group of eagles were observed near a concerned flock of sheep that ultimately was left alone.

The local presence of these eagles is a consequence of an 80-year national effort to save the national bird, which faced a variety of threats, the most serious being the pesticide DDT that was banned for agricultural use in 1972.

As described in her landmark book, Silent Spring, Rachel Carson provided evidence the ingestion of DDT led to a weakening of eggshells, undermining the ability of the birds to incubate their young and reproduce.

As recently as 1987 New Jersey had just one nesting pair of bald eagles, in the Delaware Bay area in southern New Jersey. By 2003 the state had 35 nests, but only one in the immediate area, at Long Valley, in Hunterdon County.

In 2004 an active “Princeton” nest appeared near the village of Kingston, along Lake Carnegie, a nest that has continued to be active ever since.

The Princeton eagles are monitored for the state by Kevin and Karin Buynie of Burlington Township. They are part of a corps of statewide volunteers who monitor every eagle nest in New Jersey.

Princeton's eagles have a nest in an undisclosed location near Lake Carnegie, where they can be seen feeding. Eagles are protected by law. Photo by Kevin Buynie.

In an interview with The Montgomery News, the Buynies reported the Princeton nest has been quite productive in recent years, with the same adult couple ruling the roost for more than a decade and producing one, two, and even three young during most years.

They explained it is important for the public to stay away from eagle nests to avoid encouraging eagles to abandon their nests and young. The Princeton nest is one of the more vulnerable to public interference given its proximity to public roads.

By early March eagles are laying eggs, which will incubate for approximately six weeks before fledglings hatch. The best way to monitor their progress is to go online and watch the “live eagle cam” that has been placed at the Duke Farms nest. ■ 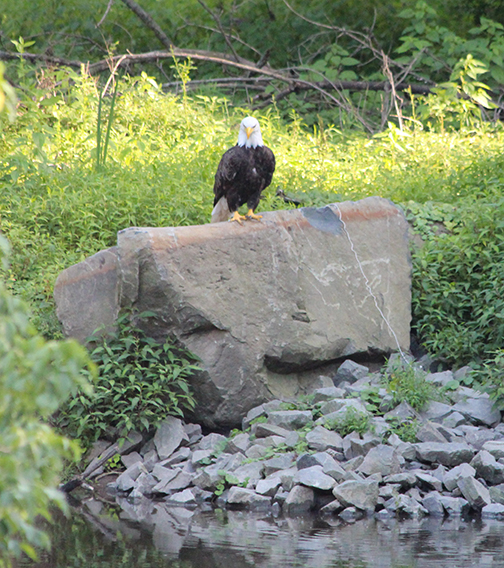 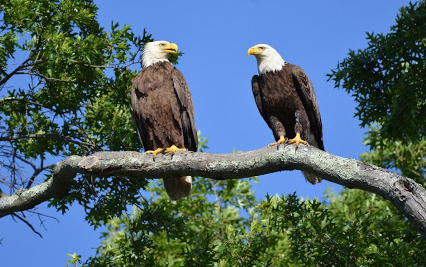 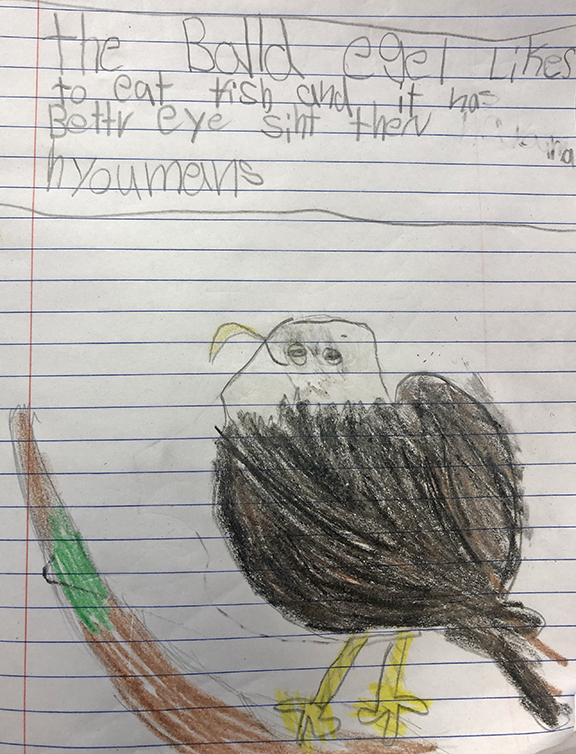 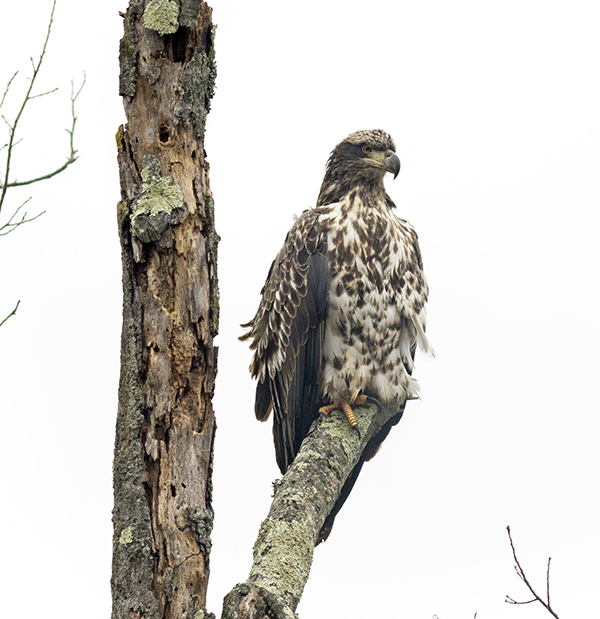 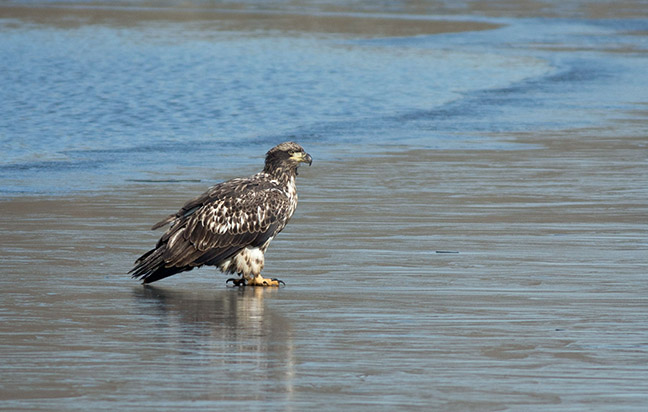